In the late 80’s and 90’s, CCM music was booming. One of the most successful artists during that time was Geoff Moore. Geoff is currently running a Kickstarter campaign to fund his next album. We talked recently about making music independently at this stage in his life, being content in the small things, and a little bit about the new addition to my own personal family. Make sure you watch the video before reading!

Gabe: Man, I was so glad to hear you were making a new record. I was really interested to hear that you’re going independent this time. What are some advantages to being independent as a seasoned artist such as yourself?

Geoff: That’s such an interesting question. As I travel around and play music, the two questions I get asked the most are: “How’d you get started?” or “How has the music business changed in the last few years?” Both of those questions are huge as well (laughs).

As briefly as I can put it, I’d say that when you make a record for a major label…. I operated under one contract with EMI that was primarily through their label at Forefront records. I operated under one contract for 18 years. We would do renewals on that contract but it was that same core contract. So I’ve had a lot of experience with that. I’d say the way it’s changed now is that there are a lot more cooks in the kitchen when it comes to making records on a major label. Success rates have become so low for newer artists. It all sounds like bad news! The market is shrinking yet there’s more people involved.

I still think major label music is an awesome thing but it requires stuff of me that I don’t really want to do. I don’t, in essence, want to be in business with a big company. For many years, that was a super relationship with me. I had a lot more energy, time, and days that I was willing to travel. That’s changed for me. I don’t really want to be gone 200 days a year. Being able to make music independently kinda changes that for me.

It’s probably hard for people 30 and under to imagine that there was a day that you couldn’t really record music unless you had a major label deal. It was so cost prohibitive because the studios were so expensive. And producers were so expensive. And this was the only way to get your music out at the time. Now, we live in this era where the world is completely different.

I say this in a very humble and respectful way…Because I have great respect for the Christian music industry as a whole…But artists don’t need labels like they once did. So now I can make a record independently. I can have unique business relationships that allow my music to be made available, whether that’s digitally or through retailers. It can be done in a very diversified way which is really cool!

I don’t know if you’ll agree with me but I think I came up through the golden age of Christian music. That late 80’s through the 90’s era was just great. There was so much loyalty and identity for Christian music. Fanbases were big and loyal. I just had the honor and pleasure of being able to play through those years. But now, it’s better or worse…It’s just different. So for me to make an independent record embraces that difference. Whether it’s funding it through a kickstarter or if it’s creatively making a record without the oversight of a corporate entity. At this point in my life, it creates a culture and environment that feels very creative to me.

Are you familiar with Don Chaffer at all? 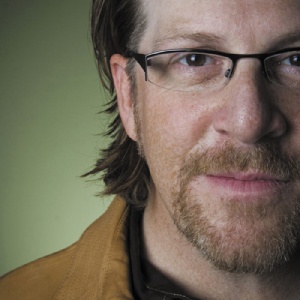 Geoff: Most people know him from Waterdeep. Don is a super accomplished player, producer, engineer, and songwriter. Aside from the business and technology side of all of this, I’ve found this guy that I have a great camaraderie with, both artistically and personally. Because I don’t have “The Distance” anymore, it’s good to find a guy that I can collaborate with. We’ll make the whole record together. We’ll write 90% of the songs together.

In this day and age, the recording of the record often starts while you’re writing the songs. Before, everything had to be demoed and then you made the record. Now, there are things we do from the very earliest inceptions of these songs that end up on the record in some way. I’m sure there’s a different way I could do all of this but the history I have with Don is great. Sometimes you’ll run into some people in your life that you have a lot in common with. It’s just like any relationship, especially with marriage, where your similarities and differences make you better people. I’m sure Don will be thrilled that I’m comparing our relationship to marriage (laughs). But artistically, we have enough camaraderie to work great together. But we’re different enough that the final product could never be how it is then if we worked separately.

Gabe: And not just the business side of it, but you also said in your Kickstarter video that you look at music now not as a commodity but as a companion. So you’ve also changed your vision on creating music in itself.

Geoff: I have! I was talking to some artist friends…one of my best friends in the world is Steven Curtis Chapman…we were just talking about songwriting. We were working on a song for this new album. We were just reflecting on how different the music business is. We talked about what it means to make music but also trying to make a living while being ministry focused. I think for me personally that has changed a lot.

You kinda get on this treadmill where every year to 18 months you would make a record. I did that for 20 years. Especially if you’re a songwriting artist like I am. So you’re writing songs, recording the album, and you’re playing shows during that time. Then you do touring after the record releases for 2 to 3 seasons. And then you do it all over again. Personally, I was authentic at every turn whether it was the making of the record or the concerts or my time with people. With God’s help, for the most part, I was able to do that.

I still run into people every now and then that say, “You must have been having an off night.” (laughs) And I probably did have an off night or two out of the thousands of shows I did. (laughs) But for the most part, I think we succeeded in being authentic night after night.

But now, I have quite a few personal and professional ministry interests that I’m involved in. Music is a component of that. Part of it is a luxury. Honestly, I don’t have to make 100% of my living off my music career. Any time you’re afforded that gift…it’s the reason why people have more fun doing their hobbies than their actual jobs. Because you don’t have to make a living off of it. Being able for music to not have to bear the weight of having to make my living completely off of it, I think that has allowed me the luxury of being a little more reflective.

Going back to your first question, that idea of making independent music…the whole economy of music changes. That allows me to not think so much about “Am I doing my part in this grand business relationship that I’m involved in with this massive record company?” It allows me to think more about “Am I writing great songs? Am I being authentic on and off the stage?” In doing that, it allows me to think more about why I’m making music instead of just making it because I agreed to in my contract. Now, there’s just a lot more freedom.

Gabe: And I really appreciated the 3 things you pointed out in your Kickstarter video: family, poverty, and contentment. I think those 3 items are things that a lot of Christians struggle with. Especially with contentment. Man, people just really struggle unplugging from their busy lives to enjoy the relationships they have with each other. Especially getting vulnerable with one another. And I’ve always appreciated that about your music, you’ve always conveyed that very well.

Geoff: Well thanks! I’ve always tried to be authentic with all of that. My wife has always said I’m a terrible liar (laughs). So I definitely try to keep that straight. We go to a church here in Nashville called Crosspoint. The pastor’s name is Pete Wilson. He talked last Sunday about living a life of gratitude. To me, that’s a big part of all those things: family, poverty, and contentment. For me, they’re all tied in together.

Pete Wilson said something that really stuck with me. He said that true gratitude begins where entitlement ends. You and your wife are going to confront this, man. Your new baby will create a whole new list of demands on you. Most of the demands are great and challenging like the simplest things of not getting enough sleep. If you’re wondering who your wife is gonna grab off the railroad tracks when there’s a train, you or your baby, you better be prepared to be smushed (laughs). 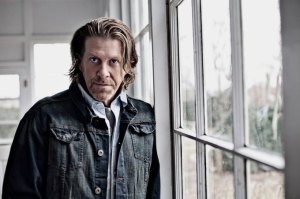 I think even in my life, it’s easy for me to start feeling entitled with all kinds of junk. Being gone and then coming home…sometimes I feel like saying “Honey, I have an important job. I’m out there changing peoples lives. I do not need to be cleaning up the house.” (laughs) But those are the things that I have to stay authentic with. With poverty, when  you are aware of all the suffering that is going on in the world, it helps you keep your priorities straight. And that will lead to contentment.

One of the songs I’ve been working on is called The Next Thing. It comes from an old Oswald Chambers quote…If you don’t know what God wants you to do, or you’re confused about the future…trust God and just do the next thing, whatever that is. For you, that may mean getting up at 3 AM and changing a diaper. Just having that trust that I don’t have to know the whole story, but I believe in the author of the story. So it’s just good to be faithful in these small steps. Being able to help with the poor has helped me keep that perspective with my family. That helps me live a life of contentment.

Gabe: Thanks so much for your time! I’m looking forward to hearing the new record!

1 Response to Talking with Geoff Moore