It’s been over a year since Tedashii released Below Paradise. The record dealt with the very sudden tragic loss of Tedashii’s son. It was very open and honest about the struggles of pain and suffering. My brothers, Nathaniel and Josiah, recently talked to Tedashii at Creation East about that record and about the racial tension that is in the world today.

Nathaniel: If you were made captain of a 116 basketball team, who would your first pick be?

Tedashii: Yes you are.

Josiah: We know that you are probably the best athlete out of all of them.

Josiah: So you need someone to compliment you.

Tedashii: Oh! You mean out of the artists? 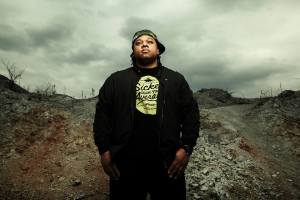 Tedashii: Oh okay, cause everybody is 116, so you know I’d be like Steph Curry. Believer, he loves the music. If not Steph Curry, if I had to do an artist then yeah I’d pick Lecrae.

Josiah: My brother normally does these interviews, but he could not come to Creation because he just had a son.

Tedashii: Hi Gabe, I wish you were here man.

Josiah: So with that, with what you have dealt with on your last album, how has that challenged your faith? Was there ever a time you doubted?

Tedashii: One, that’s a great question. Usually people ask real questions, but don’t expect real answers and so I try to give real answers. It was the hardest thing I ever went through in my life. I don’t wish that on my worst enemy. I don’t really have enemies, but I wouldn’t wish that on anyone. Ultimately, for me, that was a very trying and taxing time. Probably, one of the only moments I started to really wonder if the Lord was there.  Not like “Do you exist?”, but “are you there for me because this doesn’t make sense.”

I had a lot of Job moments. I had a lot of moments where I was like Israel, saying it was better in Egypt.  All kinds of stuff like that. God over time brought me through and that’s not to put a pretty bow on it because it’s still a faith walk.  It shook me.

Josiah: How important/scary was it to put all that out there on your album?

It was not until the album was done and I was standing on stage doing the songs and I thought, “wait, I have to do this every time I have to do a concert. Man, I have to talk about this every time. What was I thinking?” The reality set in later, but it has been a grand experience to say the least.

Josiah: How did being a part of the 116 clique help? Were they there for you?

Tedashii: Yeah, everybody was there in their own way as much as they could be. The label itself, all of its employees, came down and  really started to love on me and my family. They were more than present at the end of the day. We’re definitely brothers in the Lord, we’re family and so there wasn’t really a thought of “man I hope they are there for me.” They just kind of did it naturally and I was grateful.

Josiah: For real question number 2, I actually saw someone at your concert today wearing a confederate flag bandanna, you’re from down south, big black/Samoan guy, so what goes through your mind especially with all the stuff going on politically and nationally with racism when you see stuff like that?

Tedashii: That’s a great question. I have concerns of my own feelings and emotions cause growing up in the South I have faced some moments of discrimination and prejudice and I have also taken part in those things as well. Whenever I see the flag it does remind me of a particular time in the country. And that’s fine to celebrate history, but I also recognize the hurt and pain it causes people. Some of them are my own brothers and sisters in the Lord. I just ask people to consider how they can love others while at the same time honoring where they come from. For me growing up in a home and a culture where most of my relatives were adamantly against another race and didn’t really have grounds for it other than they loved to buy into hatred… I had to draw a line in the sand against my own family sometimes and bring about distinction. That didn’t necessarily mean I could not relate to what they were saying it just meant that I knew God had a different way to approach it. And God’s way in this moment is for us to be able to consider our brothers and sisters who may be hurt, who may be offended, who may be scarred . I think about it this way, anytime we take our personal liberties  and put them ahead of another believer’s growth then I think we are in danger of sin. 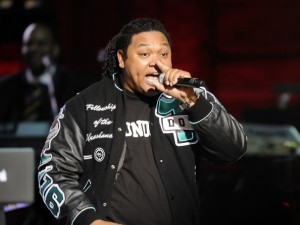 Josiah: Has the church done enough on the racism issue?

Tedashii: When you say “the church,” I think of more than just the American-Western church. I think overall there’s been strides made in South Africa, there’s been strides made in parts of the Middle East and Europe where believer’s are making sure that they walk in love with people and not just based on motivated race moments. America is a different story all-together because there is so much history in this country. If you think about it for a moment and you take this land that is occupied by a certain people group, Native Americans… You fast forward and Native Americans are eventually at war for their own land… they lose and are skirted off to the side. You take over  and indentured servants of different races are brought into the country. From that indentured servitude you have  animosity and hatred build up. From that animosity and hatred, you start to have individuals who are now given free reign to mistreat. You kind of have a system in place, in my opinion, where there are those who are in power and there are those who are not in power. And there is only so much people without power that can achieve within a system that’s not necessarily giving them the same leeway or power or anything like that. Now fast forward years later to this moment where the same amount of thinking has been transferred, matriculated or passed down… you start to have people who ignore your individual feelings and kind of hide behind the banner of this is who we are, it’s what we are, it’s where we come from. And so I think Christ  would say to crucify that and give ultimate love to those around you. If my jacket offended you, I wouldn’t wear the jacket and say “man, you gotta grow up this is where I come from.” But I would remove it, have a conversation, try my best to love you, but also require you to love me in the same way. So that we can both walk in mutual, unconditional love, where my heritage doesn’t trump yours, my personal preference doesn’t trump yours, but a coexistence of love with one another. Not that love of like, “hey man it’s all good,” but really the love of “I want to love you in a way where you feel your’e equal in value, honored in identity as Christ  has saved you and brought you out of the darkness into the marvelous light.”

Josiah: Thank you for your answers and time.

Tedashii: Thank You, have a great day!

Podcaster with a random Bachelor's degree in History (yes I'm a nerd). I'm passionate about music and social justice. Follow me on Twitter: The_GabeJones
View all posts by Gabriel Jones →
This entry was posted in Christianity. Bookmark the permalink.

2 Responses to Talking with Tedashii