Gabe: Lament turns 20 years old this year. Are you still satisfied with that being the band’s swan song of sorts?

Glenn: Yes, very much so. We had done most anything I thought we were capable of but such a project, so it was great to get to do it. My only regret is we could not get rear-screen projection sort of stuff I would have loved to add to the live tours for Lament.

Gabe: What is the story behind doing such a concept album at that stage in your career?

Glen: Always wanted to and felt the timing was right for it. 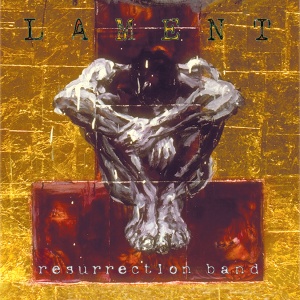 Gabe: How was it working with Ty Tabor from King’s X on the record? What did he bring to the record that may have not been there without him?

Glen: Ty was excellent as was Brian who he brought to help engineer. Great bros and great work. I think the major lesson was listening to older Rez projects and realizing we had if anything “perfected” them too much. Ty went for layers and less effects (which I think was perfect). At one point I wanted to re-do a vocal and he felt the feel was there and persuaded us to leave it be. He was correct, great instincts.

Gabe: Along with Lament, the Resurrection Band addressed a lot of issues over the years that a lot of churches wouldn’t touch. What are some issues today that the church needs to be more active on?

Glen: Overall, losing “Christian-ese phrases” in communicating, but at the same time I would say there are hard polarizations in the larger church in the West that land hard in political positions- and much posturing. I think most folks in the street want justice, grace and help, not more empty words regarding everything from jobs, affordable housing, more racial and immigrant equity, and I do think at times the worst witness for the love of Jesus are we Christians to be blunt.

Gabe: Splitting vocals with your wife in a band. What was that experience like through the years?

Glen: The band mostly had us pitch songs near the top of my range, so the truth is we couldn’t have done it (I sure could not have!) without Wendi sharing lead vocals. Plus the importance of a woman front-person rocking and saying what she did during shows was of immense importance. Not to mention how much of a bummer had I had to tour without her all those years…

Gabe: What is something you are most proud of when it comes to the Resurrection band?

Glen: Many came to saving faith and I think much of our art stands on it’s own merit in both lyrics that dealt with real-world issues as well as music worth listening to… with both teeth and heart. Very grateful to God for the band and those many years!

Podcaster with a random Bachelor's degree in History (yes I'm a nerd). I'm passionate about music and social justice. Follow me on Twitter: The_GabeJones
View all posts by Gabriel Jones →
This entry was posted in Christianity. Bookmark the permalink.