Ever wonder what inspires some of the songs you listen to? Many of the songs you hear on the radio today are written by relatively unknown songwriters. Juan Otero has written various songs such as the Newsboys’ Born Again and Audio Adrenaline’s Kings and Queens. I recently spoke with Juan about his life story, his history with dc Talk, and his current project. But before we get to the interview, please watch this short video clip.

Closure from Closure Movement on Vimeo.

Gabe: So tell me a little bit about yourself… What did you grow up listening to?

Gabe: You mentioned getting into dance… When did you start doing that?

Juan: I spent a lot of time by myself when I was a kid. I would just dance in my room a lot. I guess I didn’t realize I could dance well… I thought everyone could dance. I went to a school dance one time and did a few moves… and I got a lot of positive attention from that. So I decided that’s what I wanted to do. So I ended up pursuing dance.

Gabe: So how and when did you get hooked up with dc Talk? Was there an audition?

Juan: Yeah, I got a call from a friend who lives down south. This guy called me and said they were having auditions for this band that was about to go on tour with Michael W. Smith. I was actually boxing at the time. I thought for sure I was actually going to have a career with boxing. The day after that call, I went to a boxing match and I got my butt kicked. So I started thinking that maybe this boxing isn’t for me (laughs). So I hopped on a Greyhound bus and went down to Nashville to audition.

Gabe: How long were you with dc Talk?

Gabe: Ok, so I’ve heard this story…not sure how true it is…but something happened during a performance and you knocked Kevin Max out?

Juan: (laughs) I don’t know if I knocked him out. What happened was there was a spot where I did this dance. We were doing the song Lean on Me. Kevin was in the spot where I usually do this donkey-kick… So I went and did this handstand and I ended up hitting his microphone and busted his lip and it started bleeding. But we talk about it all the time. Kevin still is a really good friend of mind. At the time, it got blown up pretty big. And now it’s a legend… It comes up all the time with people! And then I ended up writing Kings & Queens for him so that’s pretty ironic.

Gabe: You should have tried out kickboxing after that! (laughs)

Juan: (laughs) I know right! I may have had better luck with that than boxing!

Gabe: So we’ve seen the video clip about the Closure Movement (the clip at the beginning at this piece). What is that all going to be about?

Juan: It’s really going to be a documentary. I ended up buying my childhood home that I went through a lot of stuff as a kid before I went into foster care. I put in a little studio there. We’re going to go in there with some of my musician friends and we’re going to record an album. That record is going to talk a lot about forgiveness.

I just believe that when a lot of kids end up back in a juvenile home after they leave the foster home… A lot of times they have a lot of unforgiveness towards the people that hurt them. I think that’s what has separated me from a lot of them. I really want to figure out why the system isn’t working for foster kids. I really want to spend the rest of my life dedicated to helping those kids. I think this film can really bring awareness to that.

Gabe: So did you ever go through an adoption process or was it just a foster family?

Gabe: Is this Closure Movement going to end up being like a non-profit organization?

Juan: Yeah, we are working on a non-profit with Closure. We have a building in Michigan. The film will be used to raise money for the organization. And I’m going to go out and perform some of the songs that I’ve written like Born Again and Kings & Queens. 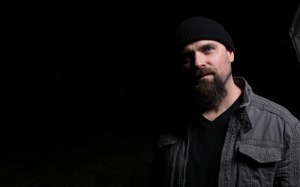 Gabe: You mentioned forgiveness. How long was that process to accept what happened and eventually forgive… How long did that take?

Juan: I still go through it every day. My wife and I were just talking this morning, we call them “pow-wows” with our first cup of coffee. We were just talking about her relationship with her father. She hasn’t seen him in a long time. She actually reached out to him recently and he didn’t really follow through. For me, it’s a process all the time. I have to forgive every day. But at the same time, I love my mom more everyday. That must come with healing. I think it can be easy when you look in the mirror and think “man, I could have gone down an even worse path if God hadn’t brought someone into my life”.

Gabe: And then when you have kids, you have to look yourself in the mirror again and deal with those generational curses. It’s in those times you have to really double down and focus on being the best dad that you can be.

Juan: I definitely believe in the generational curse. My wife and I were talking about just how blessed I’ve been being able to write songs that have gone on to be #1 hits. And to dance with dc Talk. And to make this film that people have given so much money to help make. But there are still times when things are hard. With my wife, we’re the first ones in our family to step out and try to change this for Kenna, our daughter. And it’s not easy. But we are so fired up about it and excited for that opportunity.

Gabe: You’ve mentioned writing Born Again for the Newsboys and Kings & Queens for Audio Adrenaline… Kings & Queens has been one of my personal favorites of the last few years. Has writing these songs been a part of the healing process for you?…Being able to write down these lyrics and share your story with others?

Juan: It definitely is. And even more so recently. The songs that I have written that are going to be in the film mean a lot to me. I wrote a song named Closure that I’m really excited about. I tell you what Gabe, writing these songs have really helped me in the healing process.

Born Again was written about every-day-people that go to work every day and they just get stuck in the cycle of guilt from messing up. But even though we fall, we don’t have to crawl. We can get back up. That’s where that song was birthed out of. 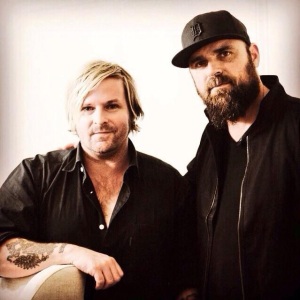 With King & Queens, Kevin Max called me and said that the reboot of Audio Adrenaline was wanting to do a song about orphans. Kevin, knowing my history, told me that he thought I was the guy that was supposed to write it. So I just started thinking about people like Mike Tyson. I was thinking about this guy named Cus D’Amato who was his trainer. He took Tyson into his home and loved on him. And when a kid isn’t getting love…and then all of a sudden he gets it…That kid becomes a king or a queen. That was real to me because I really shouldn’t be here after everything I went through. And I remind myself often that I’m so blessed. So the lyrics to that song came to me so quick. I got together with Joel Parisien from Newworldson and we had a writing session. I was able just to spit out the words and we had the song written in about 4 hours. At the end of the day, I just want to use this little bit of a platform that I have for God’s glory.

Gabe: Are you working on any others songs for bands?

Juan: Yeah, Audio Adrenaline is cutting another song of mine called So Can I. Basically it’s a song about: If you can forgive, so can I.  It’s about that girl from that famous iconic picture during the Vietnam War. She was running down the street and she got caught on fire from a bomb. I saw that picture and I realized that little girl is the same age as my daughter. So I looked her up to see how she was doing and she’s a really strong believer. Her name is Kim Phuc. She’s a speaker now and she speaks on forgiveness. And I thought that was really cool… So that song came to me really quick. I actually sent it to Kim and she got back with me and told me how much she likes it. So I’m really excited about that song.

I’m writing all the time but I feel like God wants me to go out and do more. So I’m going to go out and play Kings & Queens, Born Again, and That Home. I also wrote Mandisa’s song Press On. And I’m just going to keep fighting for what I believe in.

Gabe: How can people find out more and get involved with this Closure project?

Juan: We’re going to try and shoot the film in April. There’s a film called ReMoved. The guy that directed and produced that film is working with our film. That’s exciting stuff! I’d like to be more involved with social media. People can follow the Closure Movement on both Facebook and Twitter. That’s a big way to follow us and see how they can be involved. We do want this to be a film people get involved with.

Gabe: That’s exciting. I’m excited to see the film. Keep us updated on that. Thanks so much for sharing your story.

3 Responses to Talking with Juan Otero