One of the best Christian rock bands to come out of 1990’s was Big Tent Revival. Their live show was one of the best at the time. I recently spoke with their drummer, Spence Smith, about his time in the band. We also spoke about his involvement with Compassion International.

Gabe: How was it being apart of Big Tent Revival? How much fun did you guys have?

Spence: We always tried to have a good time. When you’re doing something like that 24/7, there’s always going to be some stress involved whether it be travel or schedules or trying to figure out what’s going on the next day. I think at our level there were certain shows that we played that we knew were always going to be the same. So if it was a Harvest crusade, which were always big and awesome, Greg Laurie’s people always took great care of us. They always welcomed us in like family. Or if it was a Teen Mania event, you knew it was going to be a big arena with lots of kids. Or WinterJam…. It was always consistent. But 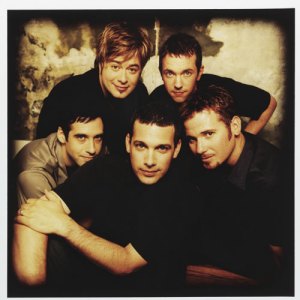 when we were out playing on our own… Some nights you played a couple thousand people. The next night you’d play for 500 people. It was up and down like that. So you never knew what you were going to get from day to day. You just had to enjoy the people you were with whether it be the band or crew. You really learned how to enjoy being with them. And then anyone else you came in contact with, whether it be fans or people that were helping out, you made the best of it. We had our ways of ensuring that we would have a good time. We knew each other so well. We also enjoyed playing spades, watching movies, and playing golf!

Gabe: And you guys had one of the best live shows of anyone at that time. How important was that to you guys?

Spence: Yeah, we learned really early that if we were going to play shows and have any sort of career, our number 1 goal would be that we really needed to know how to play a great live show. There are several things that come with that outside of being able to perform and play well. How we conduct ourselves off stage with promoters and fans was as important as what happened during the show. We created moments to minister to people and encourage people. But most of all, we just wanted them to walk away with great memories of the night and wanting to see us again.

Gabe: Now you guys recently lost both John Fry and John Hampton. What did those guys mean to you both musically and personally?

Spence: It goes back quite a ways. Before we actually got our record deal, Steve Wiggins (Big Tent Revival lead singer) and I worked at Ardent studios. Both of us were night guys. A night guy basically shows up at 5 pm when regular business hours are over. They manage the back door and answer phones while studio sessions are going on through the night. And so that meant answering phones, making copies, running errands, and cleaning up people’s trash. If the studio session was over, you had to go in and clean up after them. So, those guys gave us jobs way back when… So we got to be around when John Hampton was recording, producing, mixing, or engineering a band. We’ve heard everything that you could imagine and met all kinds of people. There are so many crazy stories we could tell about hanging out with big rockstars and watching them record. 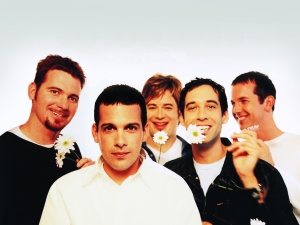 Hampton was a character to say the least. He was fun, energetic, smart, and had a great set of ears. Over time with us being there, he became a Christian. It wasn’t one of those things where all of a sudden he had a life void of struggle. He was a believer but he still dealt with a lot of hard things in his life such as personal decisions he had made. You knew that whatever decisions he made, whether they were good ones or bad ones, he owned up to it. But in the end, he believed in God and knew where he was going. And he cared about people…That’s the biggest thing…He cared about people no matter who they were. If you were the low guy on the totem pole, like a night guy working at the studio, or if you were Stevie Ray Vaughan or Billy Gibbons…He treated everyone the same. That was always cool.

John Fry, who started the studio, was this iconic music guy. But he was the one guy in the building who didn’t dress like he was in the music industry. He was always wearing khakis and a button down shirt. But he was brilliant. Such a smart mind. Had a great ear for music. He was always consistent with who he was. You never saw him do something out of line. You never heard him say anything negative about anyone personally. He was always encouraging. Just a good guy! He loved teaching people. He loved watching people learn. He loved giving people the opportunity to learn. But most of all, he loved giving people the opportunity to make music and make a difference. So when you’re working around guys like John Fry and John Hampton, you don’t want to be away from it because you’re afraid you will miss something awesome. It was a great environment.

The coolest thing about John Fry was he was never judgmental about anybody. Even walking through life as a Christian…Owning a studio where major artists and rock bands came to play. Some of the bands that came in would bring in their vices whether it be alcohol or drugs. He was never judgmental about it. It was something that was their thing and he just dealt with it. Luckily enough, there were a lot of believers around when we were working and recording there. You never had to worry about ‘Am I going to fall into a trap?’ So there was always someone nearby to hold you accountable. And Fry was always consistent with his belief in people and wanting to do good business and making great records come out of that studio. For people that hung out with him, it didn’t take long to figure that this was a special guy.

Gabe: That’s so cool… How long have you been with Compassion International?

Gabe: What all do you do with them?

Spence: I’m an artist relations director, one of several. What we do is partner with the music industry. The basis of my job is partnering with artists who want to talk about our ministry to their fans. I help the artists get to know the organization. We help them get involved with sponsoring a child, if they aren’t already. This helps them get a first hand knowledge of it. And then we take them overseas to show them what they do and hopefully meet their child if we go to their child’s country. So I get them acclimated to who we are and show them what we do. If they want to go and sit in the office of a Compassion project and talk to a bookkeeper, they’re welcome to do that. So that’s what I do partnering with the artists…Making sure that portion of the night goes smoothly not only for them but for us as well. And then there’s ancillary things that happen around the music industry that we’re involved in as well. So if we need to be a part of that, then we will in whatever way seems to fit.

Gabe: Where all have you gone with Compassion?

Gabe: If someone had never heard of Compassion International, how would you explain to them how they could get involved?

Spence: First, I would tell them that we are a child development organization who ministers to kids through the local church in developing countries. And the way we do that is getting people to sponsor a child. When you sponsor a child, you are that child’s sponsor…There’s nobody else sponsoring that child but you. You get the opportunity to write letters back and forth. You know they are getting an education and meals throughout the day. They are getting knowledge of the Bible daily through the local church. That’s kinda what I would tell them in a nutshell and then I would go from there and tell them personal stories, things I’ve seen and experienced, and how we function as an organization.

I think one of the most important things to tell them is Compassion International is not about being seen as the organization doing the work on a local level. We are about enabling the local church to do the work. We’re just there to give them the resources and the backbone and foundation to do it. So the communities that are all involved sees the local church as doing this work.

For more information on how you can get involved with Compassion International, visit www.compassion.org