The Rise of Trip Lee

Given the chance, if Trip Lee were captain of a team in a pick-up basketball game among his peers, his first pick would be Lecrae. “Just because he’s tall,” laughs Trip Lee. “He’s alright even if his jump shot’s a little ugly”. On the court, Trip Lee says the biggest trash talker would be Derek Minor while Andy Mineo is probably the best all around player. When it comes to hoops he admits, “I’m not very good… I’m good at watching and wearing basketball shoes..” But all members of this team have been on quite the journey over the last decade.

Members of the 116 Clique (derived from Romans 1:16) have spent the last decade challenging the culture to not settle for the ways of this world. Whether it be music or lifestyle, Trip Lee and the crew have been on the forefront of a counter-cultural revolution that has exploded in the last 2 or 3 years. 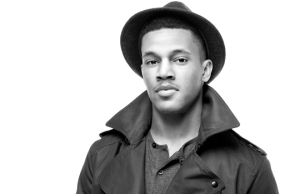 It hasn’t always been easy as explained in “All Rise Up” from Trip Lee’s new record “Rise”. Trip describes going down the road and doing “bootleg tours” vividly. He reminisces how far the Reach Records group has come in that time now complete with video and lighting in their concerts. Trip Lee attributes the increased success of the group to encouragement and accountability. “We have a group text of 10 of us where we are constantly encouraging each other and sharing funny stuff with each other.” It’s that camaraderie that has kept these artists refreshed and accountable over the last decade.

So when Lecrae ended up with the #1 record in the world along with an appearance on the Tonight Show, it almost felt like a group achievement. “I’ve been able to see it come from something really small. His desire to challenge and encourage folks has turned into something a lot bigger and now a lot more people know about it.” Trip is encouraged that “so many people got to hear the [Anomaly] record because it has so many great things to say.”

But 2014 has not just been about Lecrae. This year has seen new records and EP’s from Tedashii, Andy Mineo, KB, Social Club, and Propaganda. All records mentioned made noise on iTunes charts. All these artists are fighting both against the worldly culture of hip hop that has promoted violence and misogyny as well as the church that has had a negative stigma against hip-hop for decades. “I’m really grateful for those guys because we challenge one another.” Trip conveys that “there’s a uniqueness to being an artist and being a Christian so there’s ways we continue to encourage each other”.

But the team has been without the player who proclaims he’s only good at “wearing basketball shoes”. 2 1/2 years can be an eternity when it comes to the music business. There had not been much heard from Trip Lee since his “The Good Life” record. Rumors of Trip Lee’s “retirement” began circulating through the Internet in 2012 and many had figured he had hung up his “shoes”. Trip stepped away from music to focus on his ministry as a pastor at Capitol Hill Baptist Church in downtown Washington, D.C.  At the time, Trip didn’t use the word “retirement” because he didn’t know what the future had in store.

Fast forward to 2014 and rumors began to swirl of a new release from Trip Lee. He made an appearance on Tedashii’s new record with the track “Nothing I Can’t Do“. Around that time, Trip made the announcement that he indeed was putting out a new record in late 2014. On his website builttobrag.com, Trip discloses “You don’t understand how hard it was to keep quiet about it before my label and I went public.” 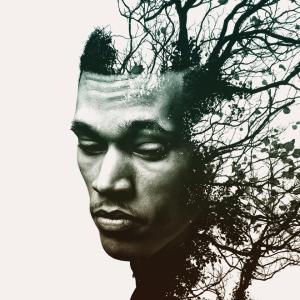 Sometimes the hype of a long awaited release does not always spell success when it comes to record sales. However, with the momentum of Lecrae’s Anomaly, along with perhaps the anticipation of a new Trip Lee release, carried the “Rise” record all the way to #3 album overall (#1 in the hip hop/rap genre) in the world behind Taylor Swift and Sam Hunt. Trip reveals that he hopes that “the themes of responsibility and maturity encourage young folk helping them find a purpose and to show them that we were made for a reason.”

But as Trip Lee continues to focus on being a pastor, a father, and a husband, it may be a matter of time before speculation begins to generate rumors of another hiatus. In the mean time, Trip Lee hopes to use his talents as an author to continue to challenge the culture. Just like “The Good Life”, Trip Lee is releasing a book to go along with “Rise”. “Rise: Get Up and Live in God’s Story” will release this coming January and hopes to encourage the current generation to rise above low expectations and meaningless pursuits.

It’s been a long road since the ‘bootleg tours’ of a decade ago. The guys have always maintained that the spotlight is on Jesus Christ and not themselves. Their transparency as individuals, as well as a team, has given them a unique connection to their growing fan base. The “Rise” of Trip Lee did not happen overnight but perhaps that makes it all the more shweet.

Be sure to check out Trip Lee’s new record “Rise” on iTunes and in stores now.

3 Responses to The Rise of Trip Lee